The circa 1916 structure known as the Andrew Johnson School, which currently houses The Museum, is owned by The Town of Greeneville. Though there has long been an option to take over ownership of the building, various needed repairs, replacements, plumbing/electrical, ADA compliance, fire safety upgrades and the costs thereof have been causes for concern.

In 2015 The Museum board of directors embarked on an extensive study whose purpose was to determine the best direction for The Museum's future, i.e., make repairs and changes to the current structure or build a new one. The process included formation of an Advisory Committee and creation of a detailed Strategic Plan which was developed over the course of almost three years. After the results were compiled and presented, The Museum's board of directors voted overwhelmingly to move to a new structure which would be built on property already owned by The Museum, located at the corner of Main and Mckee Streets.

A building with museum-specific design, featuring a one-floor exhibit area accessible to all, new ADA compliant restroom facilities and doorways, etc., new safe electrical and plumbing infrastructure, and an efficient climate control system are just some of the reasons the new building option was chosen.

The plan was made public, initial donation pledges were made and momentum began to build! Then, during the early months of 2020, the Covid-19 pandemic hit, which put plans and funding efforts temporarily on the back burner. This resulted in revisiting discussion regarding the pros and cons of remaining in the Andrew Johnson building, at least for a bit longer, and exploring various ways and means necessary to address the previously referenced concerns.

The Museum's long range plan remains the same - that being a new building, specifically designed as a museum, built at Fox Park on the corner of Main & Mckee Streets. It just might take a bit more time to get there, so stay tuned and we'll keep you posted!  ​

The schematic below illustrates a proposed interior design for what one of these days will be the NEW HOME FOR OUR MUSEUM! 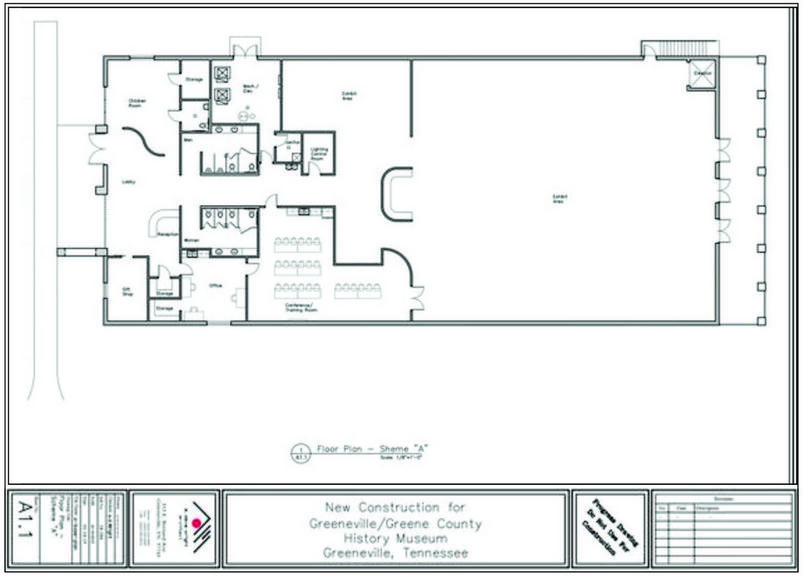 We invite you to come by and see the floor plan and get further details.  Contact Betty Fletcher at 423-636-1558 or email her at betty@themuseum.us 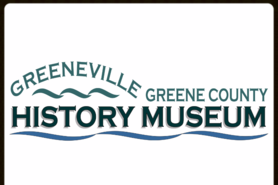 The Museum is open  Tuesday-Saturday 11AM-4PM.  Safe social distancing while touring The Museum is encouraged, and masks are recommended for those who have not been vaccinated.

​​The Greeneville Greene County History Museum is one of only seven museums in America to complete the gold/top tier certification in all six areas of operation with the American Association of State and Local History.